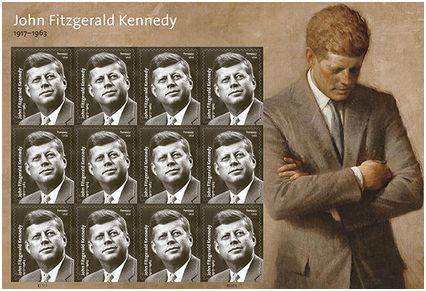 The U.S. Postal Service will dedicate a “forever” stamp to mark the centennial of President John F. Kennedy’s birth in a ceremony at 10 a.m. Monday at the John F. Kennedy Hyannis Museum, 397 Main St.

The local ceremony follows a date-of-issue ceremony held in February at the John F. Kennedy Presidential Library and Museum in Dorchester. The stamp, which is available at post offices nationwide, features a 1960 photograph by Ted Spiegel of Kennedy campaigning for president.