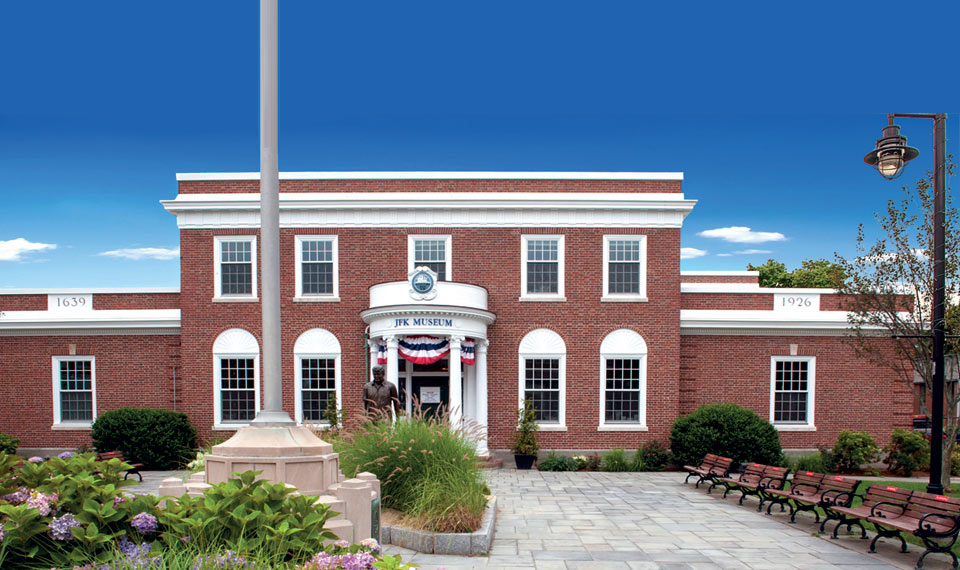 The John F. Kennedy Hyannis Museum Foundation preserves and promotes the legacy of President Kennedy, his family, and their deep connection to Cape Cod.

The Kennedy Museum offers three exhibit galleries reflecting on the days JFK spent on Cape Cod; days with his extended family, days as President of the United States in this place that provided time to relax and be reinvigorated by sailing on the ocean to which he was so constantly drawn.

The first to utilize television and photography to market his candidacy for the U.S. President, the museum’s exhibits feature first of their kind videos, oral histories and photographs. In addition to photography, an orientation video narrated by Walter Cronkite depicts the president’s experiences on the Cape. Recent additions include artifacts related to the President and the Kennedy Compound.

Kennedy was a man of vigor, vision, hope and faith in America. He inspired a generation, and his legacy continues to impact new generations. He was our 35th President and our neighbor. We hope you enjoy this look at the life of John Kennedy on Cape Cod. We all share his love of our special place on earth.

President Kennedy is remembered for his enduring messages of global citizenship and public service. The museum foundation will relate Cape Cod’s role as a place that inspired and enabled leaders to give back to our nation and our neighborhoods. The museum foundation will serve to preserve our ‘civic memories’ and plant the seed of curiosity and learning in all generations. Through the stories of the Kennedy family and the history of Cape Cod, we will celebrate our civic life, and motivate the next generation of engaged citizens.