The summers were magical. On Friday evenings, President Kennedy would arrive by helicopter on the lawn of the sprawling Kennedy home in Hyannis Port. He would be lovingly greeted by his children and a flock of nieces and nephews ready to hop on the golf cart and head to the candy store. For JFK weekends on Cape Cod meant renewal, inspiration and fun family times. The President was a golfer and a racing sailor and enjoyed winning at both! 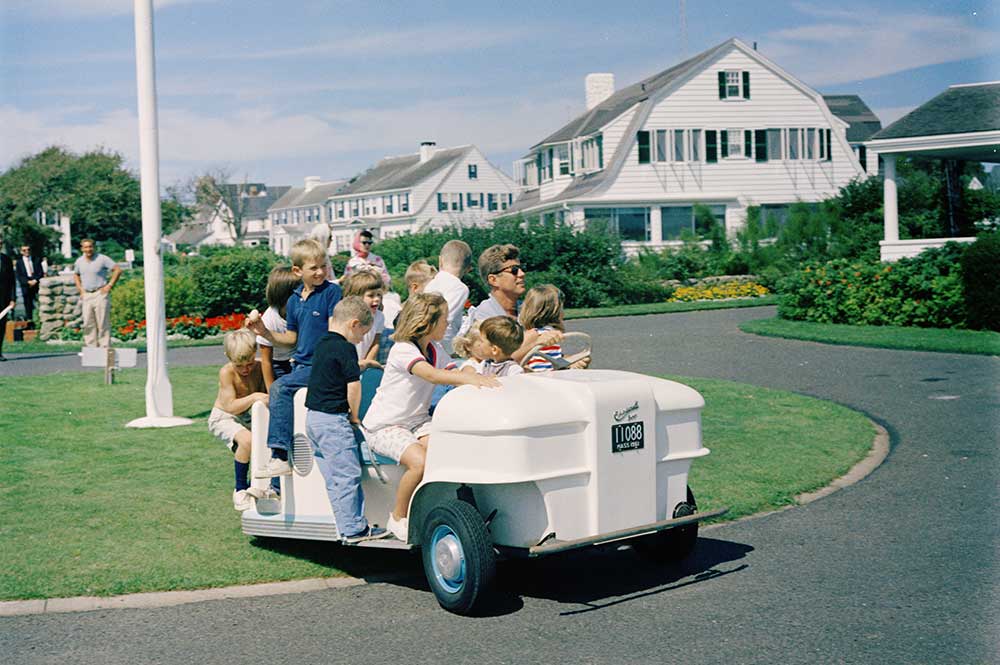 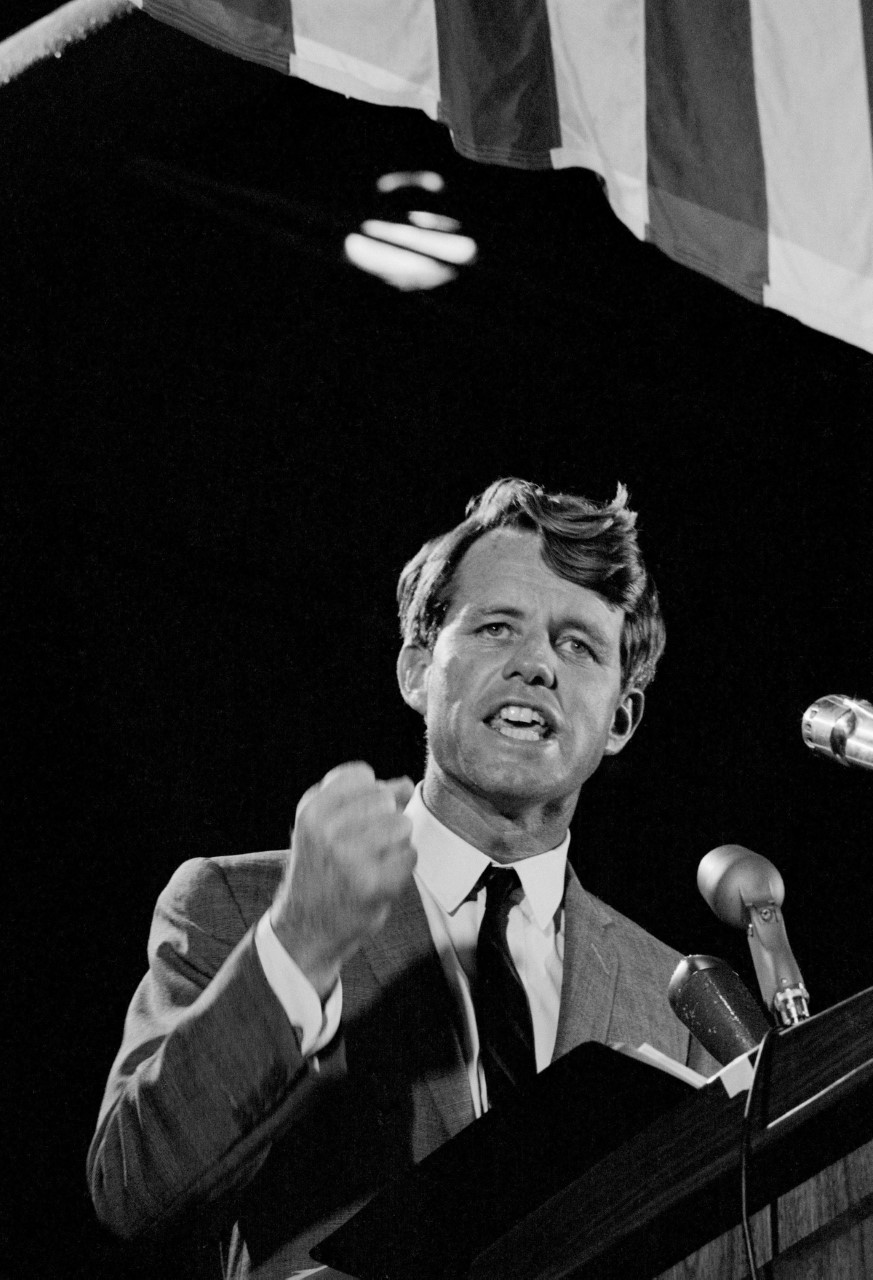 The John F. Kennedy Hyannis Museum special exhibit to commemorate the life and legacy of Robert F. Kennedy continues through 2023. The “RFK: Ripple of Hope” exhibit, was assembled in collaboration with RFK Human Rights Foundation .

“The theme ‘Ripple of Hope’ comes from his most famous and powerful speech delivered in Cape Town, South Africa,” said the exhibit curator Rebecca Pierce-Merrick. “It’s a fitting title for our exhibit as well because that’s exactly what his life of public service created – a ripple of hope that continues to reverberate through the generations since his passing.”

This exhibit begins with Robert Kennedy’s early years within the Kennedy family, including rarely seen images of his time on Cape Cod. The focal point of the exhibit however, covers his time serving as the U.S. Attorney General, his election to the U.S. Senate, and culminating with his inspirational presidential campaign, which began on March 16, 1968 and ended with his death on June 6, 1968.

One particularly poignant part of the exhibit highlights an impromptu speech he gave before a large group of distraught onlookers the night Martin Luther King, Jr. was assassinated in April 1968 just weeks after Kennedy announced his bid for the presidency.

The exhibit includes 45 images and excerpts from Robert Kennedy’s speeches that convey the boundless energy he showed on the campaign trail, often with Ethel and his children at his side. “Ripple of Hope” also has a very moving eight-minute video narrated by Kathleen Kennedy and Joseph P. Kennedy III.

The JFK Hyannis Museum is honored to be the temporary home of President  Kennedy’s rocking chair during the renovation of The Towers of the Waldorf Astoria. In 1962 President Kennedy gave one of his iconic Kennedy Rockers to the Waldorf Astoria to find its pride of place in the presidential suite.

Waldorf Astoria New York, which recently celebrated its 90th anniversary on Park Avenue, is undergoing an extensive restoration that will also deliver a collection of contemporary residences above the legendary hotel known as The Towers of the Waldorf Astoria. When the hotel reopens, the rocking chair will return as a permanent exhibit in a gallery celebrating the hotel’s rich history.

We know that our visitors from all corners of the world, as well as our local community, will find the Kennedy rocker to be an exciting and fascinating  addition to our museum.

More About This Exhibit

John F. Kennedy’s words inspired not only his generation but continue to inspire generations of people around the globe. How did he become a man so committed to public service?  How does his legacy live on? What role did Cape Cod play in shaping his personality? Our exhibition, JFK at 100: Life & Legacy, strives to answer those questions.

John Fitzgerald Kennedy was born on May 29, 1917.  Although he lived only 46 of the past 106 years, he continues to be quoted constantly by world leaders. Thousands of public facilities have been named in his honor. His visions for space travel, civil rights, and nuclear non-proliferation remain a guiding force for how we approach these contemporary topics. JFK at 100: Life & Legacy considers how President Kennedy influenced the full hundred years after his birth.

We begin by telling John F. Kennedy’s story from childhood through election day, when he was known to family and friends as Jack. We tell our story through a carefully curated collection of photographs, many rarely seen: candids taken by friends and family; studio, magazine and newspaper  photos; stills from television and video. Many of the images include Jack and his friends and family enjoying themselves at the Cape, their refuge from their busy schedules and the place Jack always considered home.

The exhibit features the careers of his brothers Bobby and Ted and his lasting influence on space travel, the Peace Corps, advocacy for children with intellectual disabilities, and of course the creation of the Cape Cod National Seashore. Our goal is for visitors to leave with a better sense of Jack Kennedy, the private person, and President John F. Kennedy, influential world leader, and to understand the deep and lasting influence of Cape Cod on the man and his ideas.