(HYANNIS, MA) –February 7, 2022 – The Town of Barnstable and the John F. Kennedy Hyannis Museum now have a more complete story of who created the bronze medallions on the JFK Memorial overlooking Lewis Bay in Hyannis.

Dedicated on July 8, 1966 by the citizens of Barnstable to commemorate their fallen neighbor, the memorial features a granite wall with two bronze sculptures overlooking a reflecting pool and the sea he loved to sail. The president’s profile medallion adorns the stone wall facing the sea and a presidential seal medallion faces Ocean Street. On the 50th anniversary of the memorial, the town’s committee began to search for more details on the architects, artisans and builders.

“In 2016, as we were researching the creation of the JFK Memorial, we met with the original contractor Paul Lanza,” said Lynne Poyant, memorial committee chair. “ We tried to locate A.  Agopoff, whom we knew to be the sculptor, but learned he had died in 1983.”

From there the trail ended. Then in the summer of 2021, Vanessa Hoheb visited Cape Cod and stopped into the JFK Hyannis Museum.  She introduced herself to museum director Wendy Northcross, as the daughter of the sculptor Bruce Hoheb of Hoheb Studios who had a role in creating the memorial.  “We were so excited to meet the woman who had first-hand knowledge of the creation and design of the memorial, that we invited her back to share her story,” said Northcross.

Hoheb returned last week and spoke at the museum’s inaugural Coffee @ The Kennedy Museum series, telling how her father was enlisted by sculptor Agop Agopoff to create the design and casting for the presidential seal bronze. Citing how it was not unusual for sculptors to share a commission of work, her father set about finding examples of the presidential seal from which to craft a version for the memorial. As a young apprentice to her father, Ms. Hoheb assisted in making the four-foot round master mold for the bronze seal.

“I have vivid memories of the pride our family felt when my father was awarded the commission to sculpt the presidential seal for the JFK Memorial, said Ms. Hoheb. “We were so inspired by President Kennedy’s intelligence, compassion and humanity and we shared his values and dreams for the future.  His loss affected us all so deeply. The opportunity to be a part of the creation of his memorial gave us a place to heal. Having my father’s work in the community that the president loved so much is a tremendous honor.”

On Wednesday, Ms. Hoheb presented the seal’s original fiberglass mold with a bronze patina to the town and the memorial committee. The museum will serve as the seal’s steward and display it for all to appreciate.eciate.

About the John F. Kennedy Memorial

Dedicated in 1966 with Senator Edward M. Kennedy in attendance, the memorial is now the responsibility of The John F. Kennedy Memorial Trust Fund Committee. Visitors to this seaside memorial, not far from where John F. Kennedy spent his boyhood, number in the hundreds of thousands, and from all walks of life. The memorial was planned by the townspeople of Barnstable as a place where a person might rest for a moment, at peace with themselves and their thoughts. The architect was Donald Durrell of Falmouth. The JFK medallion, the only one of its kind in existence, was sculpted by Agop Agopoff. The inscription on the pool rim, inside the railing is from one of President Kennedy’s speeches…”I believe it is important that this country sail and not lie still in the harbor.”

Contributions to the pool provide an annual scholarship to a graduating student of Barnstable High School and partially funds the Town’s Youth Sailing Program.

Ms. Hoheb began her formal apprenticeship at age 17 in the New York sculpture studio of her father, sculptor Bruce Hoheb. She led the Hoheb Studios team in restoring the skin of the Statue of Liberty and is founder and director of the American Artists’ Hand Archive.  www.vanessahoheb.com

The museum preserves and promotes the legacy of President Kennedy, his family, and their deep connection to Cape Cod. Coffee @ The Kennedy Museum is a new speaker series held weekly at 11 am at the Hyannis museum. The event is co-sponsored by Cape Cod Coffee. For the full list of speakers and events, visit our events page here. 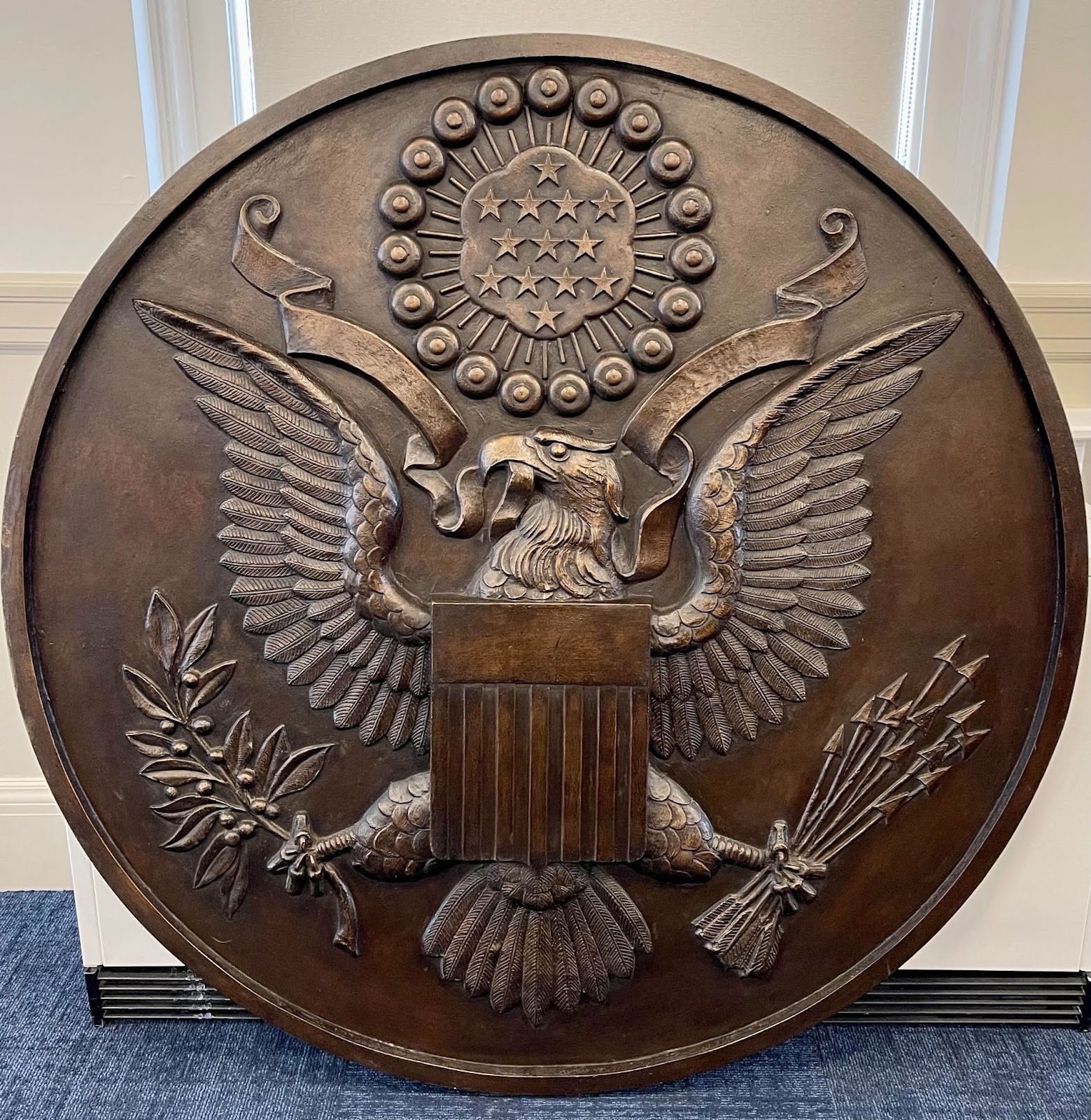