Created in 2015 to recognize outstanding examples of leadership in the inspiration of others, in advancement of the civic and economic well-being of Cape Cod, the award was conferred upon Baker at a reception at the JFK Hyannis Museum on Friday, August 12th.

“Governor Baker has successfully led our citizens and Commonwealth through some of the most dynamic and tumultuous times in our history,” said Peter Ubertaccio, chair of the board of the foundation. “His calm and steady hand on the tiller of state government during the global pandemic, his ability to get things done with across party aisles, his vision for a clean energy – climate friendly economy, and his commitment to some issues very critical to Cape Cod’s quality of life have earned him our respect and most sincere thanks,” said Ubertaccio as he presented the award to the Governor.

Baker was specifically acknowledged for significant contributions during his term as Governor that directly benefit Cape Cod, including advancing offshore energy generation, helping Cape towns with climate adaptation and resiliency planning, and committing Mass. Department of Transportation in planning and construction of new bridges and improved roads, bike, pedestrian and transit modes in the Cape Cod Canal area. 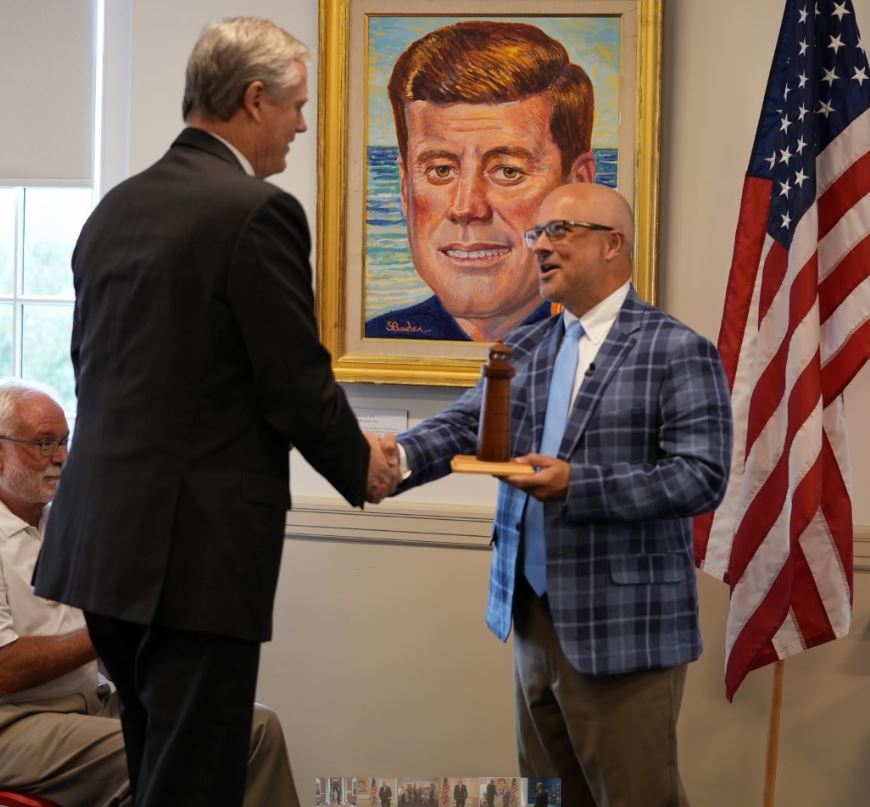 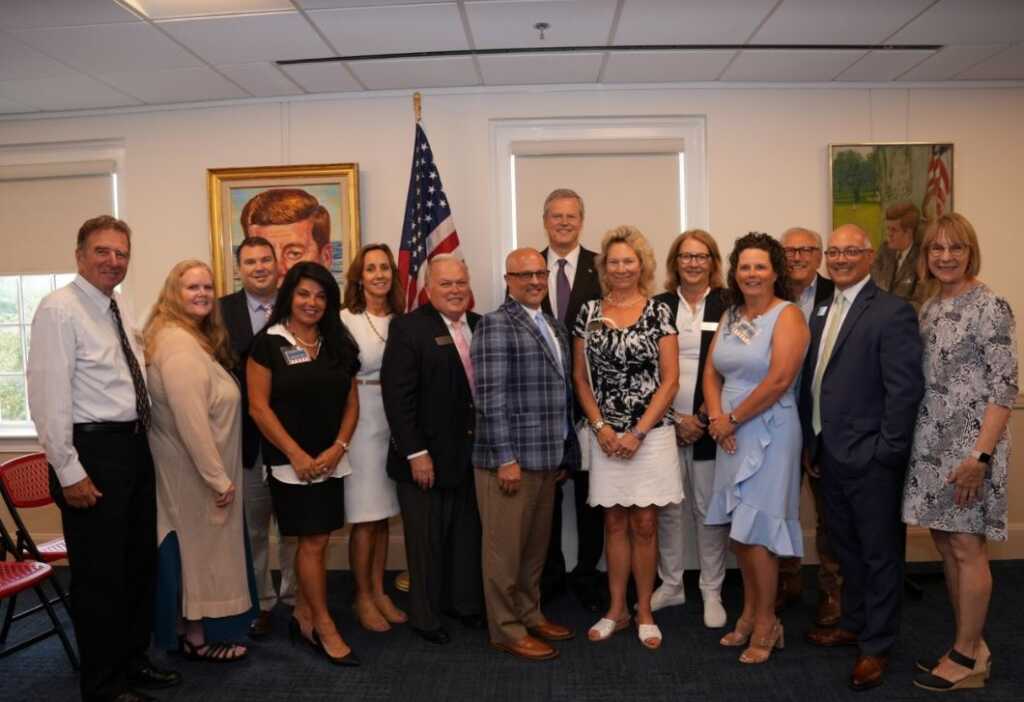 “President John F. Kennedy has been a source of inspiration throughout my life and political career,” said Governor Baker. “To be honored by the museum that bears his name on Cape Cod, the place President Kennedy loved so much, is very humbling. I am proud of the accomplishments our administration has achieved in addressing critical issues affecting the Cape, as well as the lifelong friendships we have forged along the way.”

As Baker culminates his two-terms in the office of Governor of the Commonwealth, the JFK Hyannis Museum Foundation thanked the Governor and his administration for their inclusive style of leadership that effectively improved the lives of our citizens.

The JFK Hyannis Museum Foundation Founders Community Leadership Award recognizes excellence in leadership as demonstrated by outstanding initiative, impact of work, and inspiration of others. Established in 2015 to recognize the founders of the JFK Hyannis Museum which was created in 1992 to preserve and promote the legacy of President Kennedy and his family’s deep connection to Cape Cod, this honor has been bestowed upon 2015 – Wendy Northcross and Rebecca Pierce-Merrick (2015), Michael Robinson and Gary Sheehan (2016), Joel Crowell (2017), Jung-Ho Pak (2018), DeWitt Davenport and The Davenport Companies (2019), Governor Charlie Baker (2022). This year’s award was presented through the generous support of RogersGray, DePaola, Begg & Associates, Violet Creative Catering, Pierce-Cote’ Advertising/Regan Communications and the Town of Barnstable.