The exhibition tells the story of this remarkable woman, the matriarch of the Kennedy political dynasty and long-time resident of Hyannis Port. Rose always set an example, as daughter and campaigner for Mayor John F. “Honey Fitz” Fitzgerald, as wife of Ambassador Joseph P. Kennedy, and as mother to nine over-achieving children. She was a staunch campaigner, a champion for the education of people with intellectual disabilities, a creative, independent thinker, and, above all, a woman of great faith. She lived life to its fullest, celebrating her children’s great triumphs and bravely suffering through their tragedies. She left us with a treasure trove of family photographs and recorded interviews that relate the chic elegance, precise language, and unaffected, honest gaze that defined her public appearances. The Exhibition will tell her story primarily through this media.

Rose and Joseph P. Kennedy made Hyannis Port their permanent residence for many years. It was the site of much joy and her refuge during times of sorrow. Long walks on the beach, mass at St. Francis Xavier Church, and visits with her loyal and devoted family were her source of quiet strength. The Exhibition features Hyannis Port as the Kennedys think of it – home.

“Birds sing after a storm; why shouldn’t people feel as free to delight in whatever remains to them?”
– Rose Fitzgerald Kennedy 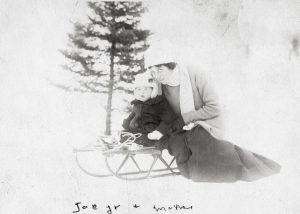 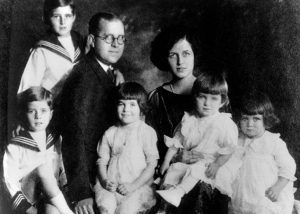 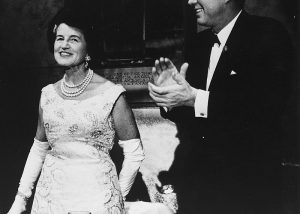 Rose Kennedy with her son, President John F. Kennedy in 1962 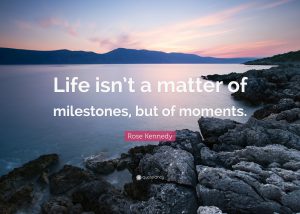 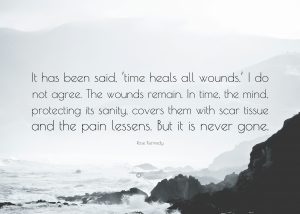 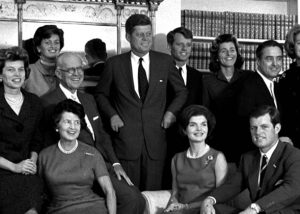 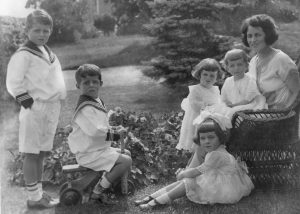 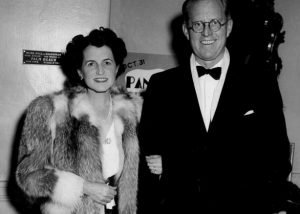 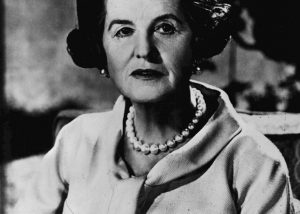 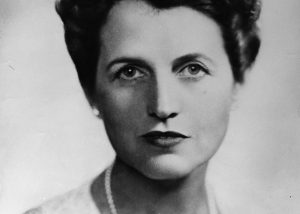