The John F. Kennedy Hyannis Museum is honoring Constitution Day with the development of grade level lessons to enhance students’ understanding of and appreciation for our Constitution, signed by the Constitutional delegates on September 17th, 1787.

These lessons, matched to the new Massachusetts Department of Education History and Social Science Curriculum Framework, include activities from the National Constitution Center in Philadelphia, PA, Edsitement, the Bill of Rights Institute, and Stanford History Education Group. The elementary lessons include fabulous literature, all of which is available on loan at the Museum.

There are three ways to use these lessons as resources for your students:

•  Share a lesson in your class, as the plans are detailed and easy to follow, and all the material links are included
•  Invite a Museum education staff member to visit your school and share a lesson with your students
•  Schedule a visit to the Museum and combine a lesson and guided tour. 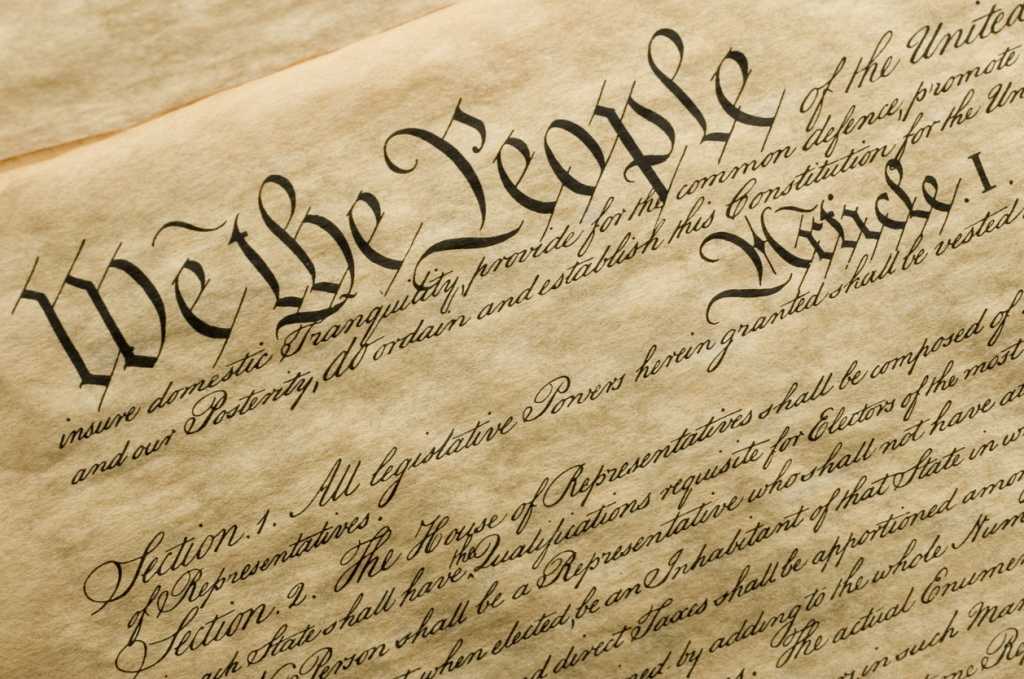 A Lesson for Kindergarten: “The United States Flag”
In this lesson, students will learn about the United States flag. They will also practice the Pledge of Allegiance. The history of the flag will include the history of the 13 colonies that became the first 13 states, and that the stripes represent these states. Students will be introduced to the Constitution. Students will also develop an understanding of how the stars on the flag represent each state, and that the first flag had 13 stars. The flag now has 50 stars, one for each state. The lesson will include the book F is for Flag by Wendy Chyette Lewison, the American Flag Riddle Video, produced by education.com, and an art activity from the National Constitution Center in Philidelphia, PA.

A Lesson for Grade 1: “I am America”
This lesson, filled with great literature and wonderful activities, will help students be proud of their individuality, including their culture, traditions, and beliefs, while understanding how they are like others in that they are part of groups, their class, their school, and the United States of America. The lesson includes the history of the first immigrants that came to America, how the leaders of the original thirteen states allowed people and states to maintain their individuality while becoming one nation, organized by the Constitution, signed on September 17th, 1787.

A Lesson for Grade Four: The Constitution Preamble and “Point of View”
This lesson includes activities from the National Constitution Center and the Bill of Rights Institute. We the Kids, the Preamble to the Constitution of the United States, introduces and helps students develop meaning of the Constitution’s Preamble. Activity Two, “Defining Classroom Citizenship” is a lesson adaptation from the Bill of Rights Institute, guiding students to build consensus regarding attributes of good classroom citizens. The National Constitution Center’s lesson on Point of View provides reinforcement for working together using the characteristics identified, modeling standards for wider participation in civic engagement. Students learn to recognize that the point of view of an individual combined with their ability of persuasion may combine to impact an individual’s beliefs about various topics.

A Lesson for Grade 5: “Separation of Powers”, Adapted from the National Constitution Center
In this lesson, students will learn about how the three branches of the United States Government work together through separation of powers and a system of checks and balances. Students will learn the composition of the legislative, executive, and judicial branches of government. They will read sections of Articles I, II, and III of the Constitution and be able to identify the powers of each branch of government. Students will watch a video, “Separation of Powers”, to see how the system of checks and balances established in the Constitution has worked across time with President Jefferson in the early 1800s, President Lincoln in 1861, and President Nixon in 1973.

A Lesson for Grade 6 and 7: “To Sign or Not to Sign”, Adapted from A Lesson at the National Constitution Center
In this lesson, students will examine the role of the people in sharing the United States Constitution. First, students will respond to a provocative statement posted in their classroom. Next, they will watch a Teacher Tube Video that gives a brief explanation of the Constitutional Convention of 1787. Teachers will guide students through a read aloud play depicting two Constitutional Convention Delegates, John Jay, New York, a Federalist and Elbridge Gerry, Massachusetts, an Anti-Federalist. The class will discuss the ratification process. The lesson concludes with an opportunity for students to sign the Constitution if they choose, and to discuss what it means to sign or not sign.