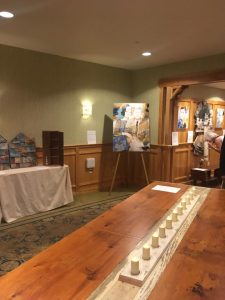 An auction of unique John F. Kennedy items was held on August 7th to raise money for the John F. Kennedy Hyannis Museum Foundation.
The auction, which was held at Wequassett Resort in Harwich and online, featured more than 30 pieces of art and furniture made from artifacts from the Kennedy Compound in Hyannis Port.

Museum Executive Director John Allen said the event was another milestone for the facility.

“The benefit of all of the proceeds will go to completing the lower level that is an educationally focused area with an Auditorium and meeting room coupled with a community room,” Allen said.

The planned renovation of the lower level at the museum was announced last month by Allen during a celebration event marking the 25th anniversary of the museum.

The funds raised during the auction will be added to a $100,000 donation from the Scudder family, the owners of Hy-Line Cruises.