Tickets available at the J.F.K. Hyannis Museum, online, and at the door. 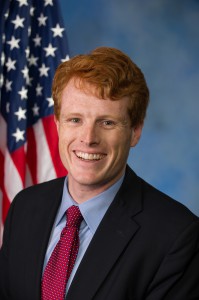 JOSEPH P. KENNEDY III
Joseph P. Kennedy III is proud to serve the Fourth District of Massachusetts in Congress. Having dedicated his career to public service, Joe brings a firm commitment to social justice and economic opportunity to the House of Representatives. Elected in November of 2012, he represents a diverse district that spans from the suburbs of Boston to the more industrial towns of Massachusetts’ South Coast. Prior to seeking office, Joe served the Commonwealth of Massachusetts as an Assistant District Attorney in both the Middlesex County and Cape and Island’s District Attorneys’ Offices.

The John F. Kennedy Hyannis Museum is closed until further notice. Please check the website often for an opening date. We are doing this as a proactive effort out of an abundance of caution and in response to the advice of public health officials to help slow the spread of COVID-19. We will continue to assess the situation as it evolves.