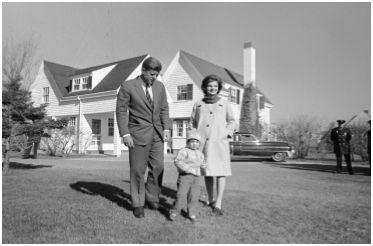 Artwork Inspired by a Presidential Home

At the Cultural Center of Cape Cod

This is a free event open to the public

This once in a lifetime special exhibit will showcase artwork made with materials salvaged from the U.S. National Register of Historic Places, Kennedy Compound, in Hyannis Port, the summer home of President and Jackie Kennedy. The exhibit will detail the artifacts that were refurbished into art and will include a talk about the project, and John Kennedy’s devotion to the idea of artistic freedom. This project is a partnership between the artists and the JFK Hyannis Museum, with project assistance provided by the Cape Cod Chamber of Commerce. Some of the Cape’s finest artists and craftspeople have been involved since last year in this special project launched by the JFK Hyannis Museum to commemorate the 100th anniversary of John Kennedy’s birth.

The art will be on exhibit from April 26-30 before being relocated to other spots across the Cape. Some of the art will be featured in an auction to be held at Wequassett Resort August 7th, 6-10pm, while other pieces will be sold at the JFK Hyannis Museum.

The reception will include a presentation about the project that produced the exhibit and how it honors not only the 100th anniversary of John F. Kennedy’s birth but also his conviction that “If art is to nourish the roots of our culture, society must set the artist free to follow his vision wherever it takes him.” JFK also saw art as “the great democrat, calling forth creative genius from every sector of society, disregarding race or religion or wealth or color.” This reception will therefore add a learning experience somewhat different from that offered by the art itself and the artists who created it.