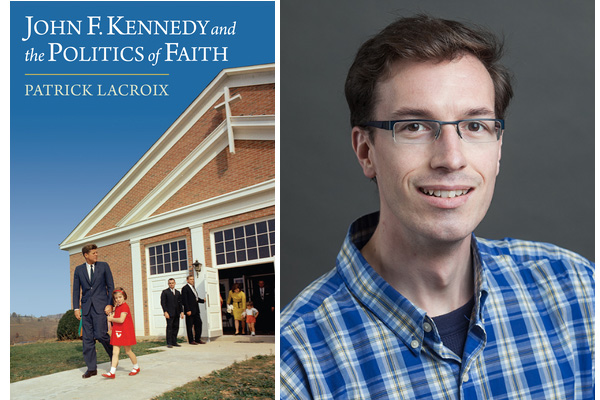 6:30 PM Via Zoom. A link will be emailed to all attendees the day before the event.  Please check your junk mail if email is not in your inbox on August 4th.

Book: $34.95 .  Click here to purchase John F. Kennedy and the Politics of Faith.  The book can also be purchased at the Museum gift shop.

Patrick Lacroix explores the intersection of religion and politics in the era of Kennedy’s presidency. In doing so, Lacroix challenges the established view that the postwar religious revival disappeared when President Eisenhower left office and that the contentious election of 1960 which carried John F. Kennedy to the White House struck a definitive blow to anti-Catholic prejudice. Where most studies on the origins of the Christian right trace its emergence to the first battles of the culture wars of the late 1960s and early 1970s. Lacroix analyzes the numerous ways in which faith-based engagement with politics and politicians’ efforts to mobilize denominational groups did not evaporate in the early 1960s. Rather, the civil rights movement, major Supreme Court rulings, events in Rome and Kennedy’s own approach to recurrent religious controversy reshaped the landscape of faith and politics in the period.