Apollo 8: The Mission That Changed Everything: Lecture & Book Signing with Martin Sandler 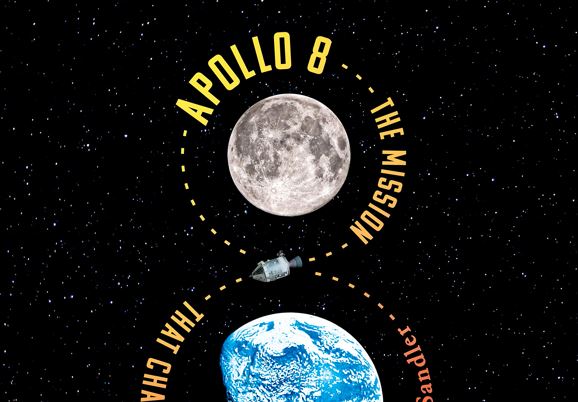 Apollo 8: The Mission That Changed Everything: Lecture & Book Signing with Martin Sandler

Join us at the Cape Codder Resort and Hotel (JFK Ballroom) on July 11th at 6:00 PM for a lecture and book signing with Martin Sandler. Martin Sandler will speak about his latest book Apollo 8: The Mission That Changed Everything.

Martin’s other books include Imprisoned, How the Beatles Changed the World, The Impossible Rescue and many more. He has been nominated twice for the Pulitzer Prize Award and has 5 Emmy Awards. Read more about Martin Sandler and his recent book below.

Books will be available for purchase/signing.

Tickets can be purchased below.

About Apollo 8: The Mission That Changed Everything.

A nation in need of hope, the most powerful rocket ever launched, and the first three men to break the bounds of Earth: Apollo 8 was headed to the moon.

In 1957, when the USSR launched Sputnik I, the first man-made satellite to orbit Earth, America’s rival in the Cold War claimed victory on a new frontier. The Space Race had begun, and the United States was losing. Closer to home, a decade of turbulence would soon have Americans reeling, with the year 1968 alone seeing the assassinations of Martin Luther King Jr. and Robert F. Kennedy as well as many violent clashes between police and protesters. Americans desperately needed something good to believe in, and NASA’s mission to orbit Earth in Apollo 8 and test a lunar landing module was being planned for the end of the year. But with four months to go and the module behind schedule, the CIA discovered that the USSR was preparing to send its own mission around the moon — another crucial victory in the Space Race — and it was clearly time for a change of plan. In a volume full of astonishing full-color photographs, including the iconic Earthrise photo, Martin W. Sandler unfolds an incredible chapter in U.S. history: Apollo 8 wouldn’t just orbit Earth, it would take American astronauts to see the dark side of the moon.
See Less

Martin W. Sandler has been writing since 1968. After being injured while playing in the Minor Leagues, Sandler took a job as a junior high history teacher. He found that the textbooks used were not inspiring his students so he took it upon himself to rewrite several chapters. He then submitted them to the publishing company, who accepted his revisions. Sandler has gone on to write other history textbooks and nonfiction books. Some of his books include Imprisoned, How the Beatles Changed the World, The Impossible Rescue and many, many more. He has been nominated twice for the Pulitzer Prize Award and has 5 Emmy Awards. He resides on Cape Cod.