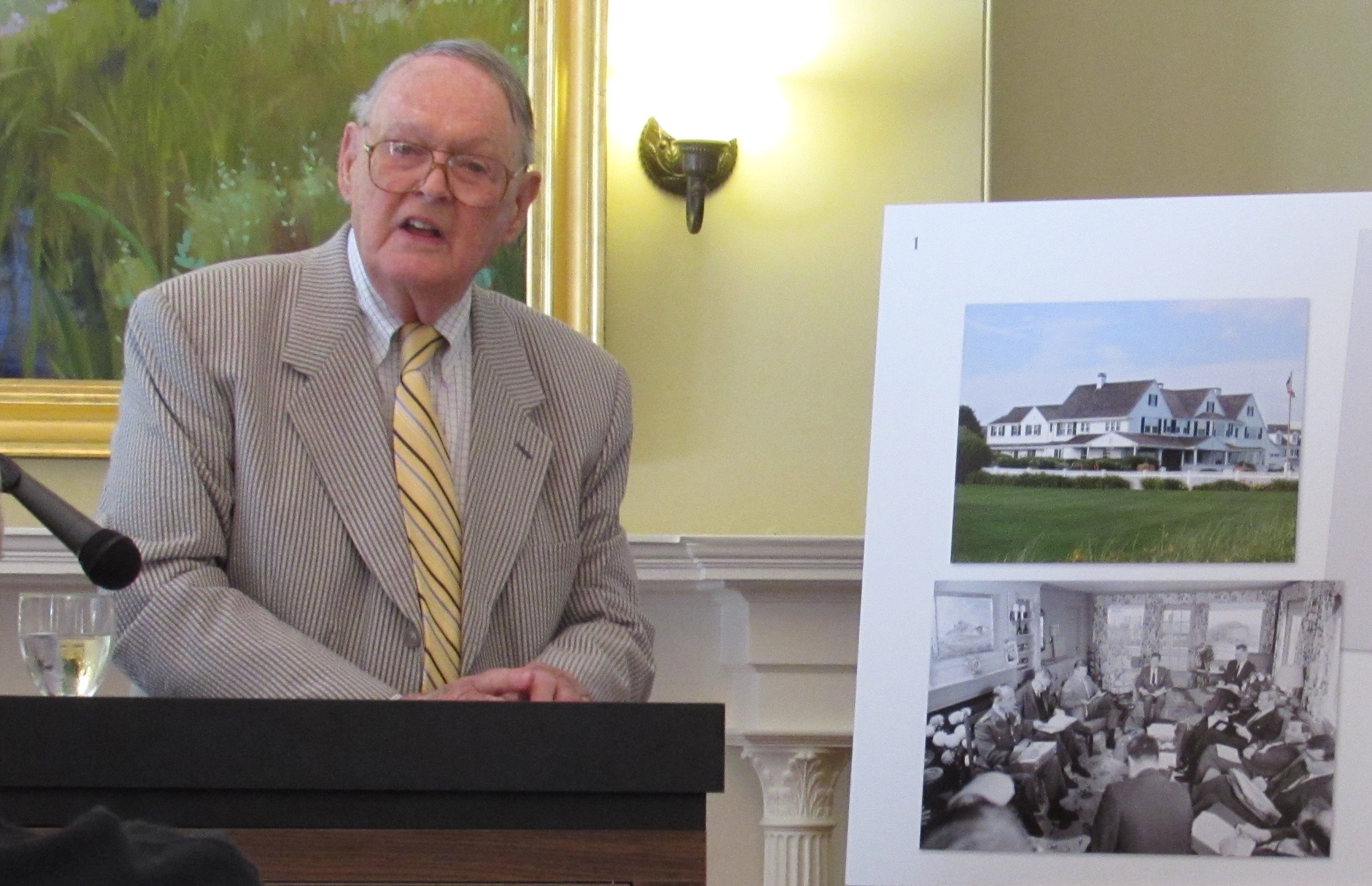 On a beautiful Tuesday morning, the sun was shining as Mr. Robert Luddington began his lecture about the interior design of the Kennedy Compound, beginning with the tradition in the Kennedy family and the memorial book that was created for Mrs. Rose Kennedy, the mother of the legendary family. Mr. Luddington spoke about how he was touched to be asked to write in the memorial book, titled “Her Grace Above Gold.” He wrote about how Mrs. Kennedy favored tradition and her style inside her home reflected her upbringing in Boston and her travels in Europe. 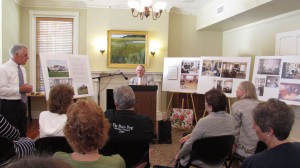 Mr. Luddington continued the lecture by discussing the history of Mrs. Kennedy until he met her in 1957, when he was asked to redesign the apartment in Boston across from the State House. He was in constant correspondence with her over rugs and upholstering. He then read personal letters he had that Mrs. Kenney wrote to President John F. Kennedy, saying that he needed to keep his hands out of his pockets in photographs, otherwise he was doing all right. Earlier in his life, Mrs. Kennedy wrote to President Kennedy saying that she would withhold $25 from his allowance if he did not go to the dentist soon and she would withhold $50 if he did not get back to her about their Cape Cod plans. 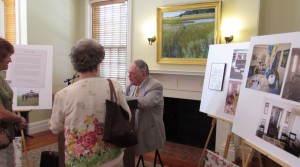 In between the letters, Mr. Luddington discussed the Kennedy Compound and the intricate features within the home that made it unique. The sofa from Bronxville that Cardinal Pacelli sat on resided in their sunroom with a plaque on the back stating that the Cardinal sat there. The desk that Queen Anne used was in their living room. And one of the most famous items, a beautiful grand piano that was given to Mrs. Kennedy as a wedding gift by her uncles. On the piano, there was a powerful quote that read, “The world is not interested in the storms you encounter, but the ship you bring.” In the Kennedy home there was even a movie theater in the basement along with Mrs. Kennedy’s 200+ doll collection.

Mr. Luddington showed photographs that he had taken from his private collection of the different rooms in the Cape Cod home. He ended his lecture saying that most of the original items of the home were sent to Boston for storage, but most of the traditional aspects of the home were kept, despite technological reservations. Mr. Luddington wrapped it up saying, “I’ve been working with the family for fifty nine years and still going strong.” He was an amazing man with incredible stories and insight into the Kennedy family and I hope you’ll check out one of his upcoming lectures!