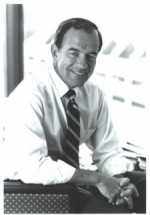 On Tuesday November 24th at 10am, former US Senator Paul G. Kirk addressed students on the subject of  “service to the community” at Mashpee Middle-High School.  This event was by John F. Kennedy Hyannis Museum and was the first of the museum’s two Youth Speaker Series for the 2015-2016 school year at the Victoria L. Vieira Performing Arts Center.

Kirk, served as a United States Senator from Massachusetts from 2009 to 2010, having been appointed to fill the vacancy created by the death of Ted Kennedy. He was a former special assistant to Senator Ted Kennedy and also served as chairman of the Democratic National Committee.

Peter Ubertaccio was the moderator. Peter Ubertaccio is chair of the department of political science and director of the Joseph Martin Institute for Law & Society at Stonehill College in Easton, Mass and a regular analyst on New England Cable News.