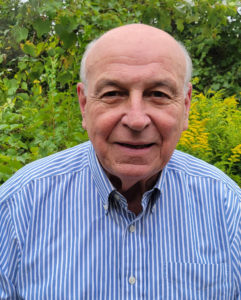 Don Broderick graduated from Topsfield High School and went on to attend The New England Conservatory of Music in Boston. Once he realized that he would rather be a pilot than a performer of Beethoven Piano Sonatas, he was accepted into the Navy’s Flight Training in Pensacola, FL and received his Navy wings in 1966. His 23 years of Naval service included well over 5,000 flight hours. He is qualified in a number of single engine and multi-engine aircraft, as well as a half dozen helicopters. Following command of an aviation squadron, CDR Broderick retired from active duty in 1988, and soon joined industry as a Quality Manager and corporate pilot. Retiring again in 2012, he moved permanently to Chatham and volunteers at the Atwood Museum as an archivist and lecture committee chair and also teaches piano privately in his home. Don is married to Anne, they have three daughters and nine grandchildren.

On This Day In History September 22, 1963: Video of President John F. Kennedy and family at Hammersmith Farm

JFK Jr. and Carolyn Bessette Would Be Celebrating Their 25th Wedding Anniversary Today—Take a Look At Their Secret Nuptials