Join us at the JFK Hyannis Museum as we host Larry Tye, New York Times bestselling author whose talk is entitled Heroes, Anti-Heroes and Pals.

Based on his books on Joe McCarthy, and Bobby Kennedy, Tye will talk about how and why Joe and Bobby were mentor-protégé and fast friends to the end. He will also discuss how RFK remains the archetype for the leader we need in these times.

$15 per person
Free for Members (Become a member here!)
Includes light refreshments
Hosted at the JFK Hyannis Museum in the Scudder Family Center for Civic Engagement 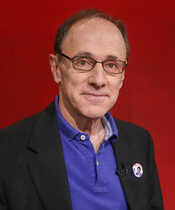 From 1986 to 2001, Tye was a reporter at The Boston Globe, where his primary beat was medicine. He also served as the Globe’s environmental reporter, roving national writer, investigative reporter and sports writer. Before that, he was the environmental reporter at The Courier-Journal in Louisville, Kentucky, and covered government and business at The Anniston Star in Anniston, Alabama.

Tye was a Nieman Fellow at Harvard University in 1993–1994 and has won a series of major newspaper awards, including the Livingston Award for Young Journalists and the Edward J. Meeman Award for Environmental Journalism.

Two of Tye’s books, one on the Pullman porters and another on electroconvulsive therapy, have been adapted into documentary films.