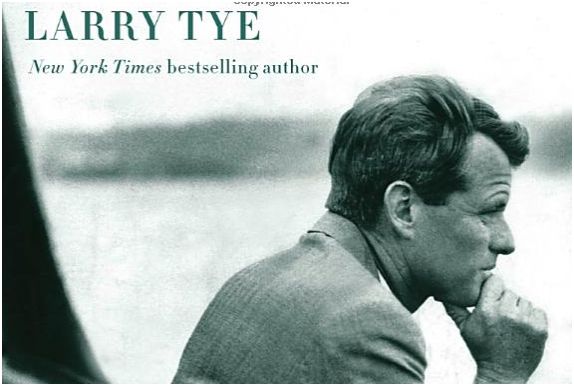 Please join us at Nantucket Dreamland Theater Studio for a lecture and book signing with Larry Tye on his latest book Bobby Kennedy: The Making of a Liberal Icon on August 9, 2016 at 2pm. The book will be available for sale and signing at the event.

Mindy Todd is the host and producer of The Point on WCAI which examines critical issues for Cape Cod and the Islands. She brings more than 30 years of experience in radio and television to WCAI. After starting her broadcasting career as a midday DJ at WARE in Ware, Massachusetts, she quickly advanced to host of the morning drive show, which in 1981, made her one of the few women in broadcasting to anchor her own morning show. Her career has covered nearly all aspects of broadcasting. She has been a radio disc jockey, a traffic reporter, a television news anchor and reporter, a program director, talk show host, and even a ski reporter. Her television work brought her to White River Junction, VT, Portland, ME, Indianapolis, IN and Nashville, TN. Mindy also worked at radio stations in West Palm Beach, FL, Hartford, CT, Boston, MA and Lebanon, NH. She has received numerous awards, most recently her 5th National PRNDI (Public Radio News Directors Incorporated) award for best Call-in program and best Interview.

In February 2012 Mindy was named Managing Director of Editorial.

About the Book: Bobby Kennedy: The Making of A Liberal Icon

From the New York Times bestselling author of Satchel comes an in-depth, vibrant, and measured biography about the most complex and controversial member of the Kennedy family.

History remembers Robert F. Kennedy as a racial healer, a tribune for the poor, and the last progressive knight of a bygone era of American politics. But Kennedy’s enshrinement in the liberal pantheon was actually the final stage of a journey that had its beginnings in the conservative 1950s. In Bobby Kennedy, Larry Tye peels away layers of myth and misconception to paint a complete portrait of this singularly fascinating figure.

To capture the full arc of his subject’s life, Tye draws on rare access granted to him by the Kennedy family, including unpublished memoirs, unreleased government files, and fifty-eight boxes of papers that had been under lock and key for the past forty years. He conducted hours of interviews with RFK intimates, including Bobby’s widow, Ethel, his sister Jean, and his aide John Siegenthaler—many of whom have never spoken to another biographer. Tye’s determination to sift through the tangle of often contradictory opinions means that Bobby Kennedy will stand as the definitive one-volume biography of a man much beloved, but just as often misunderstood.

Bobby Kennedy’s transformation from cold warrior to fiery liberal is a profoundly moving personal story that also offers a lens onto two of the most chaotic and confounding decades of twentieth-century American history. The first half of RFK’s career underlines what the country was like in the era of Eisenhower, while his last years as a champion of the underclass reflect the seismic shifts wrought by the 1960s. Nurtured on the rightist orthodoxies of his dynasty-building father, Bobby Kennedy began his public life as counsel to the red-baiting senator Joseph McCarthy. He ended it with a noble campaign to unite working-class whites and poor blacks in an electoral coalition that seemed poised to redraw the face of presidential politics. Along the way, he turned up at the center of every event that mattered, from the Bay of Pigs and the Cuban Missile Crisis to race riots and Vietnam.

Bare-knuckle operative, cynical White House insider, romantic visionary—Bobby Kennedy was all of these things at one time or another, and each of these aspects of his personality emerges in the pages of this powerful and perceptive new biography.