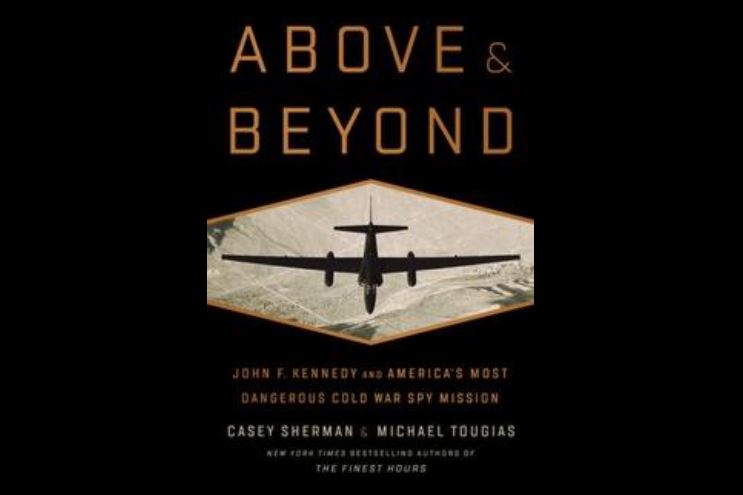 Authors Michael Tougias and Casey Sherman will join us at the Hyannis Public Library on July 18 at 6pm.  Tougias will first give a slide presentation based on his national bestseller Fatal Forecast: An Incredible True Tale of Disaster and Survival at Sea (the boats involved were from Hyannis.)  In the second part of the presentation both authors will discuss Above & Beyond: John F. Kennedy and Americas Most Dangerous Cold War Spy Mission.

Using slides from the actual storm and rescue in Fatal Forecast: An Incredible True Tale of Disaster and Survival at Sea, Michael Tougias will explain, during the first hour of the event, one of the most remarkable survival stories ever recorded. During the program, Tougias will chronicle how in November of 1980, two fishing vessels, the Fair Wind and the Sea Fever, set out from Cape Cod to catch offshore lobsters at Georges Bank and were then hit with hurricane force winds and massive, sixty-foot waves that battered the boats for hours.

During the second half of the event, Casey Sherman and Michael Tougias will both speak about their book Above & Beyond: John F Kennedy and America’s Most Dangerous Cold War Spy Mission. In this multimedia presentation Sherman and Tougias will chronicle the thirteen harrowing days of the Cuban Missile Crisis and then outlines the steps President Kennedy made to reach a decision on a course of action.

Copies of the books will be for sale before and after the lecture to autograph. 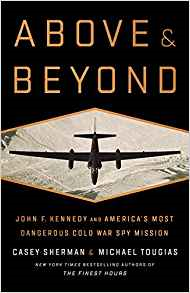 From the authors of the bestselling The Finest Hours comes the riveting, deeply human story of President John F. Kennedy and two U-2 pilots, Rudy Anderson and Chuck Maultsby, who risked their lives to save America during the Cuban Missile Crisis.

Above and Beyond is the intimate, gripping account of the lives of these three war heroes, brought together on a day that changed history.

During the ominous two weeks of the Cold War’s terrifying peak, two things saved humanity: the strategic wisdom of John F. Kennedy and the U-2 aerial spy program.

On October 27, 1962, Kennedy, strained from back pain, sleeplessness, and days of impossible tension, was briefed about a missing spy plane. Its pilot, Chuck Maultsby, was on a surveillance mission over the North Pole, but had become disoriented and steered his plane into Soviet airspace. If detected, its presence there could be considered an act of war.

As the president and his advisers wrestled with this information, more bad news came: another U-2 had gone missing, this one belonging to Rudy Anderson. His mission: to photograph missile sites over Cuba. For the president, any wrong move could turn the Cold War nuclear.