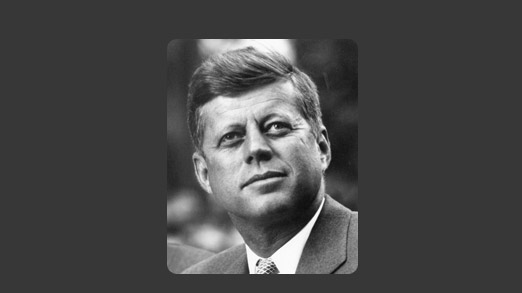 From his boyhood years sailing his boat Victura in Nantucket Sound to his final summer as President, the Cape was a place John F. Kennedy loved and often called home. The exhibition will tell JFK’s story through the lens of his years at the Cape: time with parents, brothers, and sisters; entertaining friends; summers with his wife Jacqueline and their children, political campaigns, and above all, the Presidency.

The President-elect gave his acceptance speech at the Hyannis Armory, sharing the stage with Jacqueline and his family. President Kennedy came to the Cape as much as his schedule would allow, flying into Otis Air Force Base and taking Marine One straight to the lawn of his parents’ house in Hyannis Port. Those precious weekends were filled with family, friends, sailing, boating, and entertaining dignitaries. They were also times when the President attended to the black phone at the house in Squaw Island, coping with the stresses of the Cold War and the push for Civil Rights. JFK took advantage of all the Cape had to offer and left a lasting legacy by signing the bill that established the National Seashore in 1961. The profound attachment of the Kennedys to the Cape led Ted Kennedy to call Hyannis Port “sacred ground” for the family. JFK at 100: Life & Legacy will give visitors a fresh insight into John F. Kennedy as a son, brother, husband, father – and lifetime devotee of Hyannis Port

The Museum will hold a special ceremony at 10:00am.